“Cool Technologies signed an agreement with Craftsmen Industries, a market leader in the design, engineering and production of marketing vehicles and industrial mobile solutions.”

“This agreement is mutually beneficial, leveraging the robust synergies between the two companies.”

First … what do we mean by ‘synergy’ — when two companies collaborate for a common cause or work together to achieve more than they could alone.

Here’s why we chose the word.

Craftsmen Industries history reflects an on-going evolution of growth and expansion. Four times they’ve had to move to larger facilities.

The company originally focused on trailer sales in the Midwest. Then the business evolved as experiential marketing became more popular.

Experiential marketing is a form of advertising that involves creating personal branded experiences. Instead of just sending a message to consumers via mass media, it enables them to interact with a brand in person. The key is that it allows consumers to control their own experience. Ideally, it strikes an emotional chord and leaves an impression they won’t easily forget (Think of the NFL Experience set up each year outside the Super Bowl). Many of the experiences are set up in trailers transported to public events.

Clients such as Oscar Mayer, Anheuser-Busch, Adidas, Lowe’s, McDonald’s, Gatorade, Toyota, Xbox, Sprint and US Cellular began to ask Craftsmen for more and more specialty modifications to their vehicles, so the company expanded services to include design, engineering, fabrication, printing and installation in-house.

Currently, Craftsmen takes tow-behinds and builds them into their custom vehicles. That eats up a lot of space, adds a lot of cost. Plus, there’s the additional maintenance, exhaust and noise issues that come with an extra engine. Add a second fuel tank and there’s added weight which requires extra support and safety concerns. 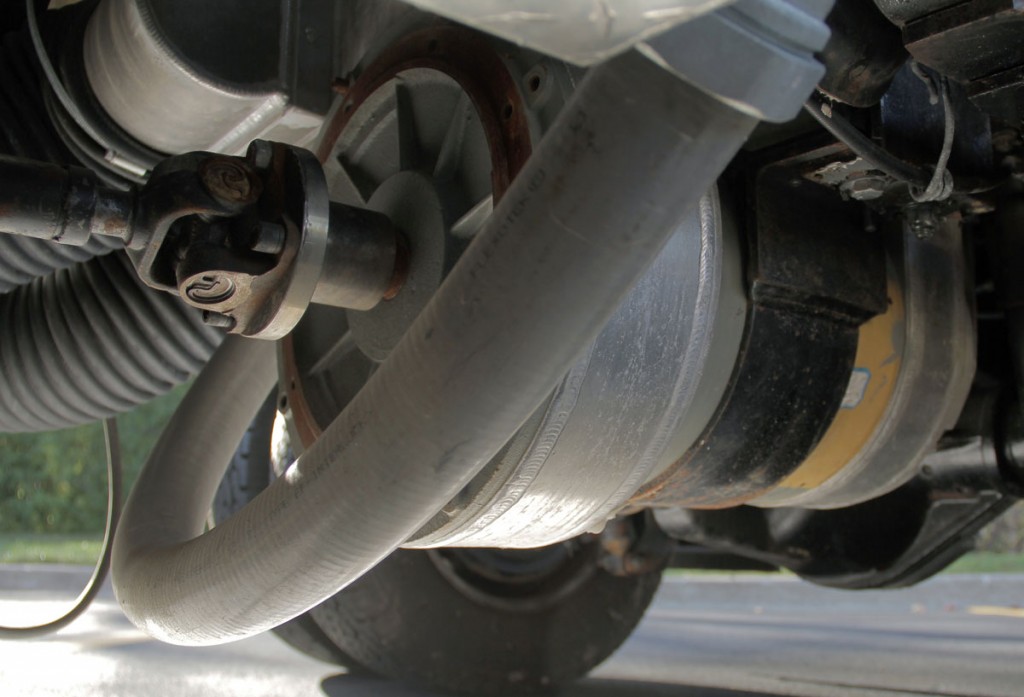 Imagine what happens when they get their hands on our technology. Generators that pound for pound, cubic inch for cubic inch, pack more power than any other on the market. A Doosan (Ingersol Rand) G70 weighs approximately 6,280 pounds (we bought one to test against). Cool Tech’s MG80 auxiliary power package weighs 1,076 pounds. At 1/5 of the weight, CoolTech’s costs (not the selling price) much less to manufacture. Plus, the package is highly adaptable. It works with any type of vehicle, engine or fuel; electric, gas, diesel, battery, micro turbine, fuel cell, super caps or solar.

That alone should make a good fit, but Craftsman has evolved again. It recently moved into what Craftsmen calls ‘industrial mobile solutions’ Their industrial division focuses on highly engineered, specialty fabrication, containerized and mobile solutions.

Projects manufactured on-site include specialty maintenance stands, a large variety of mobile implementations for the defense and aerospace industries, as well as any number of containerized solutions to restore food, medical services, power and water.

Craftsmen now leads the industry in the design and manufacture of high volume modular and mobile commercial kitchens which can require, microwaves, appliances, walk-in freezers and coolers.

Craftsmen Industries offers custom built systems that can be constructed inside ISO shipping containers that act as the building for equipment at the final destination.

Consider the space and weight restrictions.

Beyond mobile kitchens, here’s a list of Craftsman’s industrial applications:

Each company has connections, orders and interest from a wide range of complementary industries. And each connection could become a beachhead for future expansion by either company. That’s why Mark Steele (Craftsmen’s CEO) commented on the potential of the agreement between to two companies to expand Craftsmen’s customer base.

There’s one other aspect to synergy, though. Mix Craftsmen’s 30 years of vehicle fabrication and production capabilities with CoolTech’s 130 years of combined automation (motors, generators, drives, controls, programmable logic controllers) manufacturing and vehicle expertise then watch what happens. It the two mesh well, if the two are creative, they strike sparks off one another and generate new products or applications neither may have considered before.

In April testing and tune-up begins. Note: This is not proof-of-concept. Cool Tech did that over 3 years ago. Before you go into production, you do pre-production set ups and runs to ensure the quality of the end product.

During the two month period, key customers from both companies will be brought to Craftsmen’s 130,000 square foot facility in St. Louis to view the technology and make pre-production orders to their specifications.

Type in your email address to receive blog and news updates.